The Relative Strength Index (RSI) is a technical analysis indicator and was developed in 1978 by J. Welles Wilder (mechanical engineer). It shows mainly the momentum and the areas “overbought” or “oversold“. The RSI is basically a momentum oscillator that measures the extent of price movements as well as the speed of these movements in order to derive a price trend for the future from the calculations of the past.

How to calculate the RSI

The RSI is basically a comparison of the average days with a plus and the days with a minus over a defined period of time. In formal terms, it looks like this:

The RSI calculates in the default setting the last 14 values. So by day view the last 14 days, by hourly view the last 14 hours.
The observation period can also be set manually. Less than 14 means that the RSI is “closer” to the price, i.e. the RSI changes faster, which can be advantageous for short-term trading or fast market movements.

The upper limit indicates when the market is overbought. The default value for this is 70.
So when the RSI value rises above 70, it means that the asset is probably close to its high.
And that the asset has been actively bought in the market and is now “overbought“.
This increases the probability that the price is more likely to fall in the near future.
For short-term trading setups in particularly rising markets, the upper limit range can also be set to 75 or 80. However, then the risk also increases.

The lower limit indicates that the market is “oversold”. The default value for this is 30.
So if the RSI value falls below 30, it means that the asset is probably close to its low.
And that the asset has been actively sold in the market and is now “oversold“.
This increases the probability that the price is more likely to rise again in the near future.

When to buy or sell according to the RSI

To determine buying or selling using the RSI, the upper limit range and the lower limit range are considered. In general, the RSI movement from 30 towards 70 is a tradable range. If the RSI rises from the bottom to the top, make sure that the RSI was as far down (30 or lower) as possible before this rise. This usually indicates a fairly safe moment of rise. Thus, generally the RSI movement between 30 around 70 can be traded. The lower the rise between buying and selling the “safer” but the lower the profit.

The RSI can also be used to determine trend reversals as well as resist and support levels. Based on so-called bullish or bearish divergences. In case of a divergence, the price and the corresponding RSI value move in opposite directions.

However, with both divergences, the RSI value itself can also change its direction, thus maintaining the current price movement. In this case, the divergence itself would then be overridden. Therefore, always pay attention to a change in direction of both factors, price and RSI value.

RSI rises while price falls
This means an increase in purchasing power despite a decrease in price. As a result, it is likely that the price will change its downward movement next and go back to the upward movement.

RSI falls while price rises
This means a decrease in purchasing power despite the price increase.
This makes it likely that the price will end its upward movement and go back to the downward movement.

Difference Between RSI and MACD

The RSI and the MACD are among the best known indicators in chart analysis. Therefore, the direct difference should be discussed here again. The MACD is based in its calculations on moving averages and is used primarily to determine the general trend. The RSI, on the other hand, is based in its calculations on the measurement of the speed of price change, as well as the average price gains or losses. The RSI is mainly used to determine oversold or overbought conditions.

Possible combinations with other indicators

Unfortunately, no technical indicator alone is 100% sufficient. Therefore, one should always use the RSI indicator together with other indicators to avoid false signals. By combining several indicators, “false” or weak signals can be reduced. However, in every trading setup there are negative trades, i.e. losing trades. This is completely normal, only the total over the months should be in the PLUS.

Useful combinations together with the RSI:

The RSI value is a very well-known technical indicator and is often used in trading, because it reflects quite well the momentum, directional changes and especially the areas “overbought” and “oversold“. The “RSI” is a relatively fast reacting indicator, whereby it is able to deliver exit and re-entry signals.

In a purely upward market, it can be used, with caution, as the sole indicator for trading. However, it provides under certain circumstances, downward and sideways phases also relatively many “wrong” signals which then lead to increased losses. This should be limited by a well set stop loss.

The basic values, upper and lower limit range, as well as the divergences are to be considered. The RSI indicator should be combined with other indicators, MACD, EMA, MA to reduce false signals. 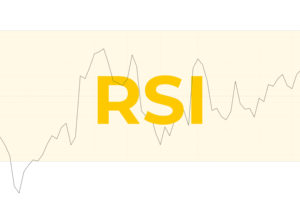 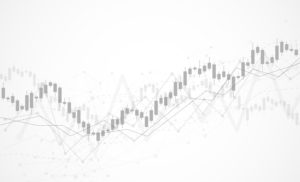 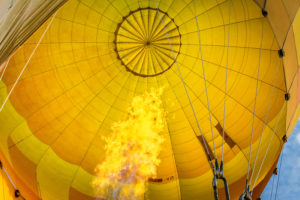 Opportunities and Risks in Crypto Trading