To start our signals, we have defined 4 cryptocurrencies with which we want to work in the long term. In the coming weeks, more coins will be added. We will also ask our community for which coin we should evaluate and adjust our signals. As you may know, there are more than 18,000 different cryptocurrencies, and many of them disappear from the market as fast as they came. We have therefore focused on coins that are all in the top 30 and have been on the market for several years.

It would be possible to achieve significantly higher profits with smaller coins, for example, many of them are used for so-called pump-and-dumps and the price within one day sometimes catapulted over 1000%, but these are not coins to trade successfully in the long term.

Our signals are designed for trading against USD or other USD backed stablecoins like USDC or TETHER to guarantee the highest possible trading volume.

Learn more about these coins

Bitcoin is the largest digital currency in the world, it is free from centralized control by banks or governments. Bitcoin is based on peer-to-peer software and cryptography. A public ledger (the Public Ledger) records all Bitcoin transactions. Bitcoins are created through mining, a process that ensures verification of transactions. There are a maximum of 21 million BTC, with 19 million currently in circulation.

Ethereum, like Bitcoin, is a platform based on blockchain technology. Ethereum’s native currency is Ether (ETH). Decentralized apps and smart contracts can be executed on the Ethereum blockchain. It is also possible to create additional tokens on the Ethereum Blockchain. After Bitcoin, Ethereum is the second largest cryptocurrency in the world.

The Binance Coin (BNB) is the native currency of the Binance Chain. The world’s largest crypto exchange introduced BNB as a token for its own exchange. Gradually, however, more and more functions have been added and in 2019, the Own Blockchain was created.
Currently, 165 million BNB coins are in circulation, and the trend is decreasing.

XRP is a cryptocurrency token used on the Ripple network. The Ripple Net was designed to move transactions between financial institutions to a more open infrastructure while significantly reducing the cost of transactions. XRP transactions are trustworthy, instant, and inexpensive. There are currently 48 billion of 100 billion XRP in circulation.

Solana is still a relatively young blockchain, it ws founded in 2019 and has gained tremendous popularity since then. Accordingly, the value of the Solana Coin (SOL) has also risen sharply. Solana is characterized by high scalability and fast transactions on the blockchain. Currently, there are 325 million SOL coins in circulation.

Polygon is a decentralized Ethereum scaling platform that allows developers to create scalable, user-friendly dApps with low transaction fees without sacrificing security. The MATIC token is used to settle transaction fees on the Polygon network. Currently, 7.5 billion of a maximum 10 billion MATIC tokens are in circulation.

Cardano is a decentralized proof-of-stake (PoS) blockchain platform and was created by Charles Hoskinson, a co-founder of Ethereum. The goal is to transfer complex and programmable value and smart contracts as securely and cost-effectively as possible over a scalable network. There are currently 34 billion of the Cardano Coin (ADA) in circulation out of a maximum of 45 billion.

Dogecoin (DOGE) is a cryptocurrency that has been on the market since 2013. It was created at the beginning as a joke currency, but thanks to wealthy supporters like Elon Musk it already has a real cult status in the crypto scene.

Stellar (XLM) is an open source protocol for global money transfer and, like XRP, aims to simplify the cost of transferring money and give everyone in the world access to the monetary system. Currently, just under half of the 50 billion XLM are in circulation.

Litecoin (LTC) is one of the oldest cryptocurrencies. It was created back in 2011 through a fork of Bitcoin blockchain. Litecoin is also often referred to as Bitcoin’s little brother. 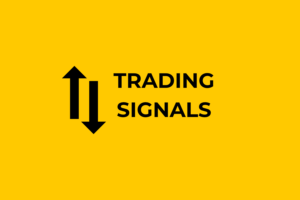 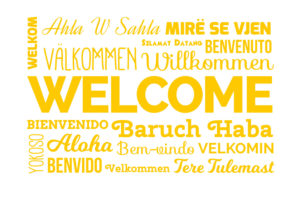