Bitcoin is a digital currency created in 2009 by Satoshi Nakamoto, a still unknown pseudonym. Bitcoin is a cryptocurrency, which means that it uses cryptography to guarantee the security and integrity of payments. What makes Bitcoin special is that there is only a limited number of it: 21 million. As of April 1, 2022, there are already over 19 million Bitcoins in circulation. This means that only 2 million = approx. 10% will be added in the next 120 years.

Bitcoin is a cryptocurrency and payment system first proposed in 2008 and launched 2009 by an anonymous person or group of people under the name of Satoshi Nakamoto. What makes Bitcoin special is that there will only ever be a maximum of 21 million.
Bitcoins are created as a reward for a process known as mining. They can be exchanged for other (crypto)currencies, products and services. In recent years, more and more companies such as PayPal, Starbucks and many more have accepted Bitcoin as a means of payment. Bitcoin is often referred to as the first cryptocurrency, although similar systems existed before (Bitgold).

2. How does Bitcoin work?

Bitcoin is a (payment) network based on a protocol known as the blockchain. The blockchain consists of individual blocks that are created chronologically. These blocks contain information about individual transactions. Bitcoin is designed to work without an intermediary, i.e., without a bank or company, to carry out and confirm a transaction.

When person A wants to send bitcoin to person B, this transaction is recorded together with transactions from other participants in a list, a block, and published on the network.

Nodes (miners) now have the task of verifying the transactions.

Once this is done, the block is added to the end of the blockchain.

The transaction is now irrevocably recorded in the blockchain and Person B gets access to the Bitcoin sent by A.

3. How to mine Bitcoins

Mining brings new Bitcoin into circulation. Miners are rewarded with Bitcoin when they verify transactions and record them in the blockchain.
Bitcoin mining is performed with special computers. These computers are designed to calculate solutions to difficult mathematical problems. Miners are rewarded with a certain number of Bitcoins per solved block. The amount of Bitcoin distributed to miners halves every 4 years. Therefore, it will take about 120 years until the last Bitcoin has been mined.

4. Where can I buy Bitcoins, and how do I store them

Bitcoin can be purchased on various exchanges such as Coinbase and Binance and stored in a Bitcoin wallet. Wallets can be either software-based or hardware-based. Software wallets reside on your computer or cell phone, while hardware wallets are physical devices that store your Bitcoins.

Are Bitcoins safe? This question is asked by many people who are considering investing in Bitcoin and there is no simple answer. Bitcoin is a digital currency that is not regulated by any government or financial institution. This makes it a target for hackers and cybercriminals. However, Bitcoins can also be very safe if you take the right precautions.

Here are 10 useful tips to keep your Bitcoins safe:

6. What are the risks associated with Bitcoin

Bitcoin is a new and risky investment. There are several risks associated with investing in Bitcoins, Such as:

BTC is a unique new technology that should not be underestimated. A balanced portfolio should definitely include a part in Bitcoin or other cryptocurrencies. But Bitcoin is also not without risk. Volatility is still very high and scammers are around the corner. However, there are ways to protect your investment. By following our tips, you can make sure your Bitcoins are safe and secure. Have you already invested in Bitcoins? What’s your experience so far? Let us know in the comments below.

What is Ethereum: All You Need to Know 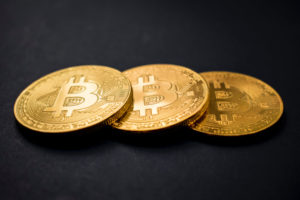 What is Bitcoin: All you need to know 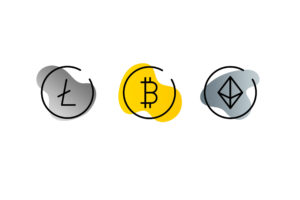 Crypto Currencies you can choose